[This story was published on April 21 in the Chichester Observer. Read the original story at  chichester.co.uk/news/local/nurses-were-named-most-promising-1-7337959.] 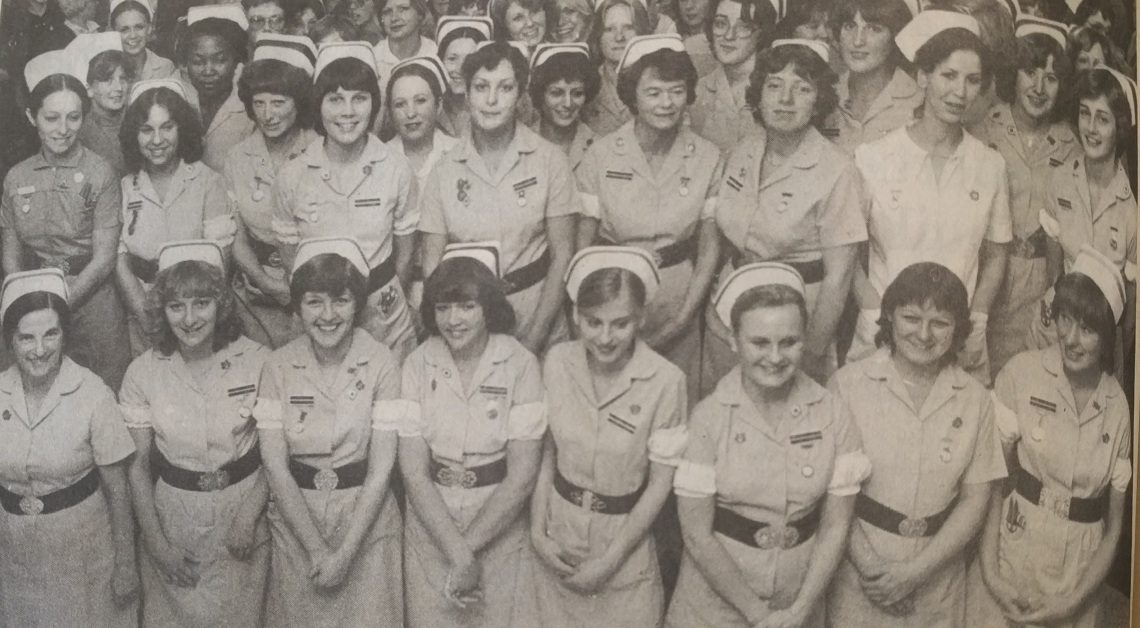 It was a proud day for many as nurses from the Chichester and Graylingwell School of Nursing were named as some of the most promising nurses in the country at an award ceremony in November, 1979.

This photograph shows the nurses who received their certificates and badges at a presentation at St Richard’s Hospital in Chichester.

The nursing trainees were revealed to be some of the best in the country at the awards ceremony.

The presentation at the Postgraduate Medical Centre was followed by a buffet dance at the Chichester and Graylingwell Hospitals’ Social Club.

The Observer reported that Miss Cooper ‘welcomed the influence of nurses in high place. The first one was now sitting in the House of Lords.’

“Wouldn’t it be nice to see one in the House of Commons,” Miss Cooper said.

In the 1970s, the Chichester and Graylingwell School of Nursing trained the vast majority of nurses who then practiced in the area.

The school had training places for 48 SRN and 28 RMN student nurses, plus 40 SEN pupil nurses a year – 20 in general and 20 in psychiactric MI.

Did you receive a certificate or badge from the Chichester and Graylingwell School of Nursing?