[This story was published on May 19 in the Chichester Observer. Read the original story at chichester.co.uk/news/local/showcasing-the-work-of-the-chichester-in-the-great-war-project-1-7388379]

The team behind a local research project has announced a series of exciting events and outcomes set to be launched over the coming months.

‘Chichester in the Great War: Mobilisation, Care and Compassion and Memorialization’, led by a team of researchers and volunteers, aims to emphasise the important role the city played during the conflict. To showcase the research that has taken place during the project, a number of upcoming events and project outcomes are set to become available later this year.

The project’s website and the heritage trail leaflet is set to be launched on July 2, the same date that the Novium museum’s exhibition on the project will open, running until September 2. A film night will be held at The Lodge in Graylingwell Park on July 11, and a Barracks Day will be hosted at the Community Hall at Roussillon Park on July 25. On September 1, the Chichester Businesses at War leaflet will be launched, the same day that the Chichester Community Development Trust will be hosting a History Workshop Event. Dr John Godfrey will be talking on Sussex and Mobilisation at the University of Chichester on October 6. A special screening of the 1916 war film ‘Battle of the Somme’ will be hosted exactly 100 years to the day after it was first shown in Chichester, set to be held on October 23 at New Park Cinema. 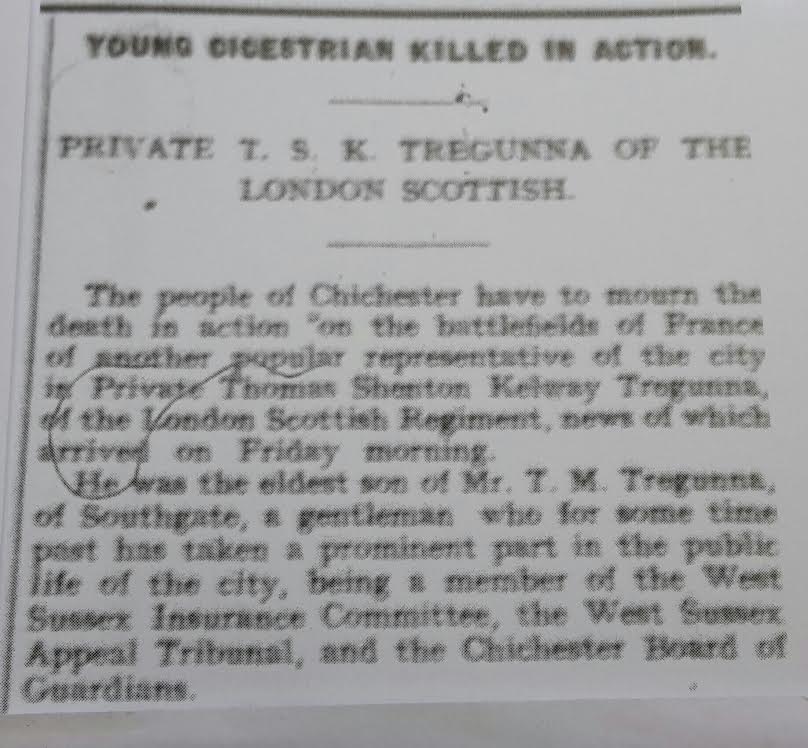 Dr Maureen Wright, the research associate from the project, said: “The archival research team comprised ten people, led by project staff Dr Ross Wilson and Dr Maureen Wright. Researchers worked on a chosen theme linked to either Mobilisation, Care and Charity or Commemoration. Our findings showed that the city was truly mobilised for war, on the home front as well as being at the heart of military preparations as the headquarters of the Royal Sussex Regiment. Led by the Mayor, Sharp Archibald Garland, citizens of Chichester found public grounds and private gardens turned into allotments, and food production became an important way in which the public could contribute to the war effort. Also, entertainments which raised funds for troop comforts or war bonds, or entertained wounded soldiers at either the Graylingwell War Hospital or other local hospitals, were extremely popular – whether Cicestrians were performing or seated in the audience. Many local men signed up for service in the army, navy and Royal Flying Corps, following its formation in 1916. One group, from Shippams factory, are particularly significant – for many sent letters to their work colleagues which provide an important insight into the servicemen’s lives.

The Chichester in the First World War research team have uncovered some truly inspiring histories of individuals – serving on both the Home and Fighting frontlines. For example, several histories of former pupils at Prebendal School and the Lancastrian Boys School comprise part of our exciting findings, and the Roll of Honour of the Lancastrian School (compiled by volunteer Graham Dewsall) will be available for consultation. We are anxious that any families who might wish to contact us regarding their relatives’ part in the war, or who may have additional details to those already in the public domain to add to our history, can do so. We intend that the research articles be available on-line to view from 2 July 2016. The list below indicates those people whose lives and service we have researched to date and should anyone wish to contact us by email they can do so on: R.Wilson@chi.ac.uk or M.S.Wright@chi.ac.uk.”

The list of people who have been researched so far: 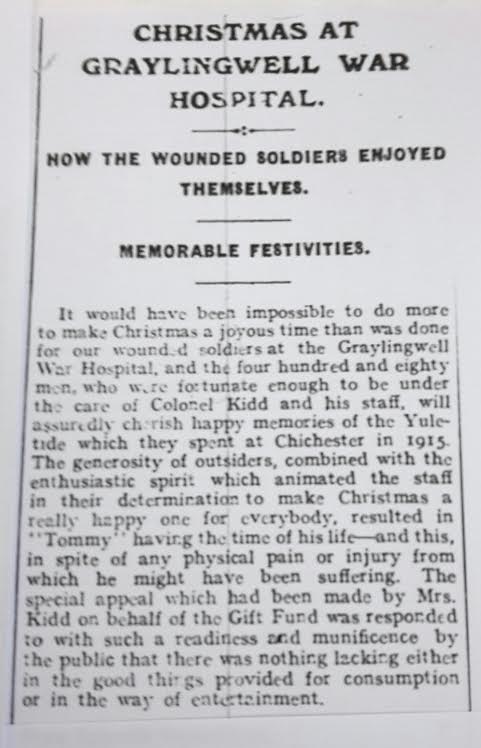