This story was published on June 2 in the Chichester Observer. Read the original story at chichester.co.uk/news/local/role-of-graylingwell-chapel-in-chichester-s-history-1-7412588] 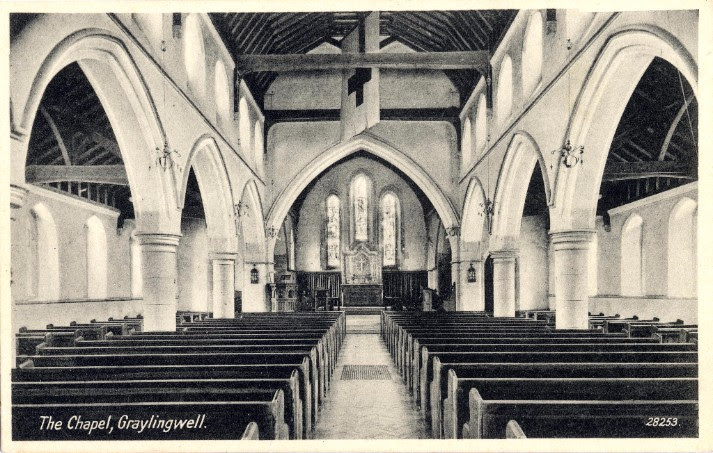 Following the recent news about the developments set to take place during 2016 at Chichester’s Graylingwell Chapel, it is interesting to reflect back on the long and fascinating history of the building.

Now known as Immanuel Church, the chapel was built as part of the Graylingwell Hospital site in 1895-7.

First called the West Sussex County Lunatic Asylum, Graylingwell Hospital was a psychiatric hospital which emphasised ‘moral treatment’ in treating mental illness. This was a holistic treatment model which emphasised keeping patients physically, mentally and spiritually occupied, and attendance at religious services was an important aspect of this therapy.

Built to serve this moral purpose, the Grade II listed chapel is described by English Heritage as ‘a good, intact example of a large, detached asulum chapel, almost parish church-like in scale, designed by Sir Arthur Blomfield.’ The chapel played an important role in the lives of those at the asylum, and prayers were read there daily.

Although the chapel was built with plain glass windows, these were replaced with stained glass windows which serve as memorials. One inscription commemorates Graylingwell Hospital’s time as a War Hospital, stating ‘in grateful record of the fortitude and cheerfulness of all those who occupied the wards in this Hospital during the Great War 1914-1919’[sic]. There are also stained glass memorial windows commemorating the hospital staff who fell during service in the Great War.

To find out more about the history of the chapel, a book entitled ‘Beneath The Water Tower’ on the history of Graylingwell Hospital is available from West Sussex Record Office. Find out more here chichestercdt.org.uk/no-rose-tinted-glasses-beneath-water-tower-fascinating-historical-book-graylingwell-hospital.