[This story was first published in the April 2018 edition of etc magazine. The original story can be read online here on pages 44 and 45. PDF available at the bottom of the page.]

The harbour was beautiful the day we made it out on to the water, the channel reflecting the sun’s shining and the blue of the skies.

As our galley glided serenely through the water, we saw fellow boaters in canoes making the most of the perfect weather, and, looking up, spotted brent geese paying a winter visit to the area before their return to Siberia.

Donning a thick jumper and my most practical boots, I’d joined four recreational rowers to find my sea legs on a passage from Itchenor Sailing Club to Bosham.

The boat we travelled on, the Bembridge, looked beautiful in the water, with reddish wood glowing in the sunlight. A huge amount of care is taken of these vessels, and the respect the rowers have for their boats is clear in the time and coordination it took to get the galley into and out of the water. 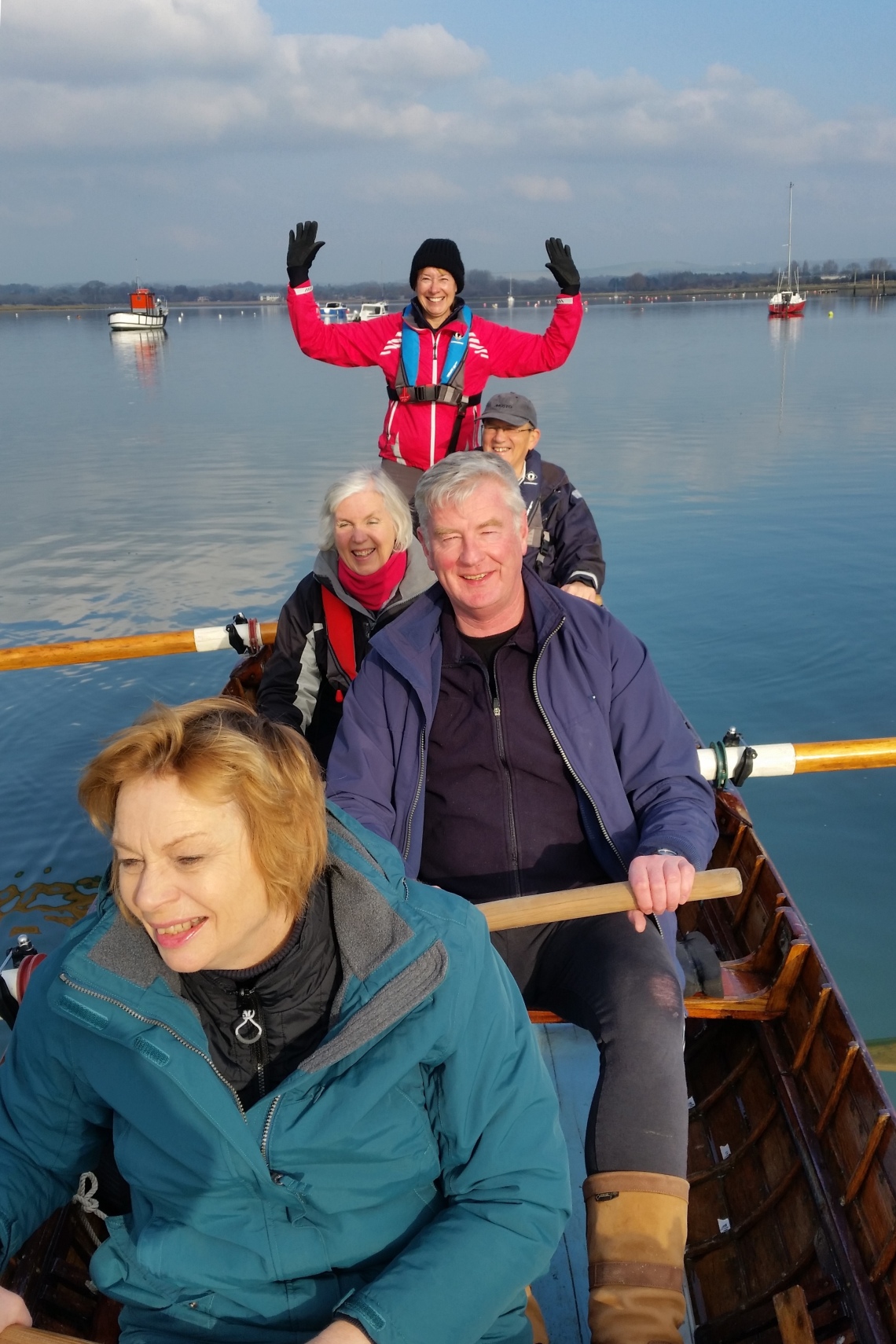 “This particular boat is historical,” fellow rower Sarah Speed told me. “The Bembridge is a solent galley, a leisure boat with fixed seat rowing.

“It took part in the Jubilee Queen’s Celebrations in the water pageant for historic boats, and it’s also a boat with a story of success – it was rowed around the Isle of Wight in 10 hours.”

Before I took up the Bembridge’s oar myself, I sat at the end of the galley, photographing the beautiful scenes of the waterscape between Itchenor and Bosham and trying not to lose my notebook overboard.

“There is nothing — absolutely nothing,” claimed the water vole in Kenneth Grahame’s wonderful book The Wind in the Willows, “half so much worth doing as simply messing about in boats.” I’m very inclined to take Ratty’s word for it, given how truly excellent the experience of rowing across the harbour was, although I would argue that ‘messing about’ perhaps does the activity a disservice. There’s technical knowledge to remember, and skills to master – I didn’t get as far as ‘feathering’, a particular oar technique, although I did remember to listen out for the ‘plunge’, a bell sound which indicates the oar has entered the water properly.

What’s really key, however, is teamwork: although the cox coordinates the rowers, guiding the team and calling out instructions, the success of the passage comes from the rowers’ ability to work together. I’m advised by the team to watch the back of the person in front of me, rather than my own oar, to keep to the pace. As the timing of the oar lifts is key, balancing the boat, the rowers follow the lead of the ‘stroke’, the name for the rower at the front of the boat who sets the timing.

Although when I first took up the oar, I frantically trying to remember my port from my starboard, I quickly realised that what the other rowers had been telling me was true – recreational rowing could be as challenging or as gentle as one wants it to be. You can take the opportunity to become fully involved in every aspect of the experience and push yourself each time you take to the water, or you can, as I did, get lost in the therapeutic repetition of rowing, enjoying the sights and sounds of Chichester Harbour.

I asked the rowing team members what draws people to recreational rowing. ‘It’s great exercise’ was the answer most gave me, after interest in boats and rowing. Jim Dunn, another recreational rower on our passage team, said: “Everyone does it for the aerobic benefits to the core, and it’s gentle as well.”

Many club members are from Itchenor, but some come from further afield. Sarah, who joined Itchenor Sailing Club last year, tells me that she didn’t know anyone when she started.  “The club offers the social aspect for people whose families like rowing, but then you have a real cross section of people, and you get to share your interest with each other,” she said, as we stopped for a mid-passage pint in Bosham’s Anchor Bleu pub. The team I went out on the water with were very friendly, joking and pointing out birds, animals, and boats as we rowed, and – importantly – were not afraid to give me instructions and help when I asked or began to struggle. I can see why Sarah kept coming back.

The club is enthusiastic for more people to try their hand at recreational rowing. “You don’t need to have any previous experience, so it’s great for people who have never tried, or for those who are coming back to rowing after taking a break,” says Chris Blevins, who organises the rowing trips, after I asked him what he would say to anyone considering giving it a go. “Arriving somewhere by boat is the traditional way of travelling, and people did it for thousands of years – you see the harbour differently on the water than you do any other way.”

Itchenor Sailing Club has launched a new class of membership which includes recreational rowing. Regular outings to Bosham, Dell Quay, and Chichester Marina will be made on Thursdays, Fridays, Saturdays and Sundays throughout the winter season. The club charges £10 per rower for a three hour outing. 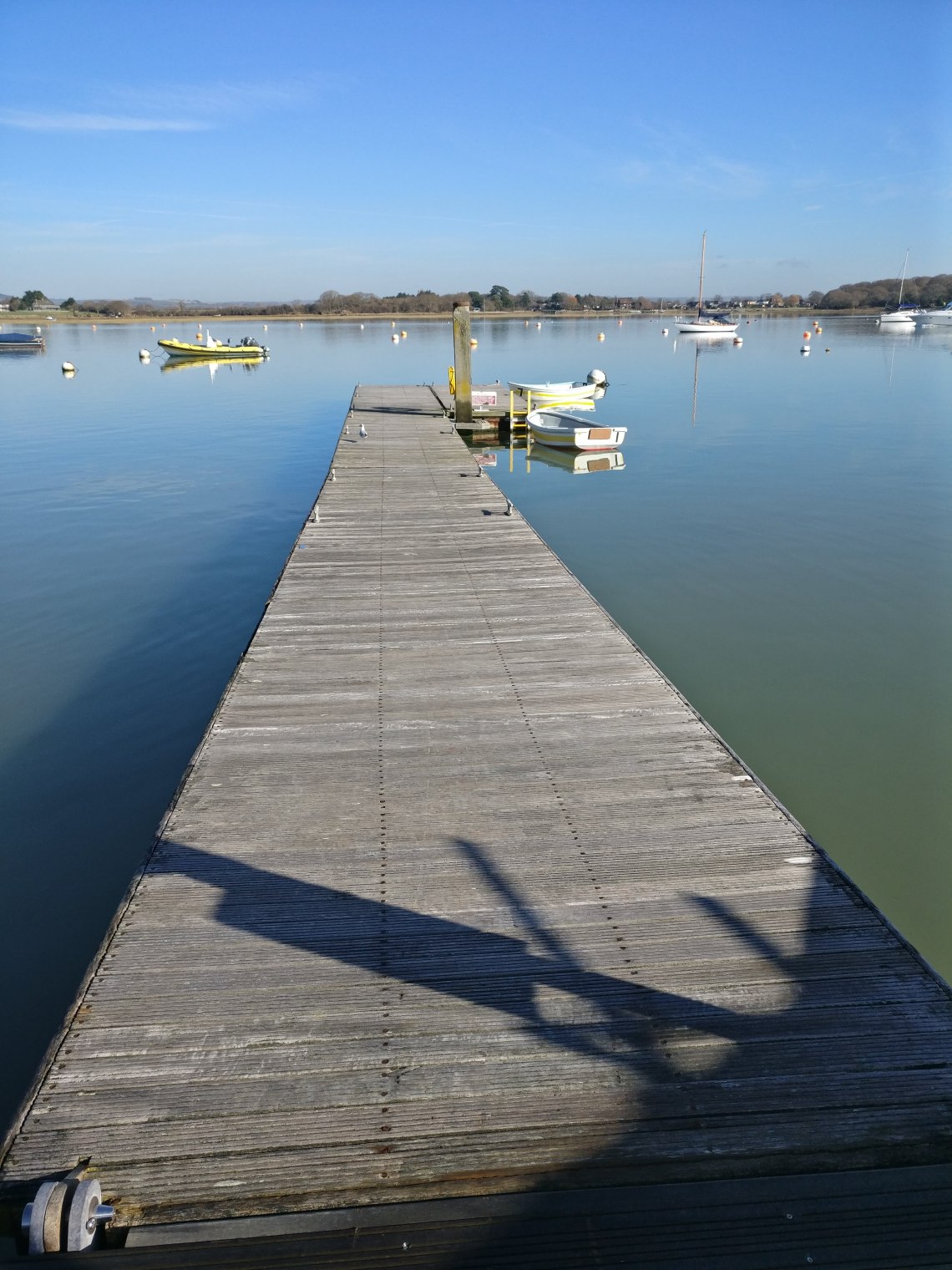