Earlier this year, I attended the International Centre for Women Writers From Brontë to Bloomsbury: Realism, Sensation and the New in Women’s Writing: Reassessing Women’s Writings of the 1900s and 1910s conference in Canterbury. I originally wrote this post as an application for the ICVWW’s travel bursary for the conference, which I was lucky enough to be awarded. It’s on the theme of ‘how new audiences can be encouraged to engage with texts from the long 19th century’ – I thought I’d post it here in case anyone was interested in the topic, or if they were looking for inspiration for their own applications! A shorter version is up in the current ICVWW newsletter, which can be read here: www.canterbury.ac.uk/arts-and-humanities/school-of-humanities/docs/icvww-newsletter-september-2017.pdf.

How can new audiences be encouraged to engage with texts from the long 19th century?

With social media, community-orientated heritage industries, and a cultural fascination for the nineteenth century, there are a variety of exciting and dynamic ways in which new audiences can be encouraged to engage with texts from this era.

In addition to the online presence of groups such as ICVWW, BAVS, and VPFA enabling communities to grow, individuals can use social media to discuss texts by utilising hashtags, moments and online book clubs.

I use my website to discuss and showcase Victorian literature, art and ideas. Twitter is also an excellent platform for helping new audiences experience literature and themes from the nineteenth century. 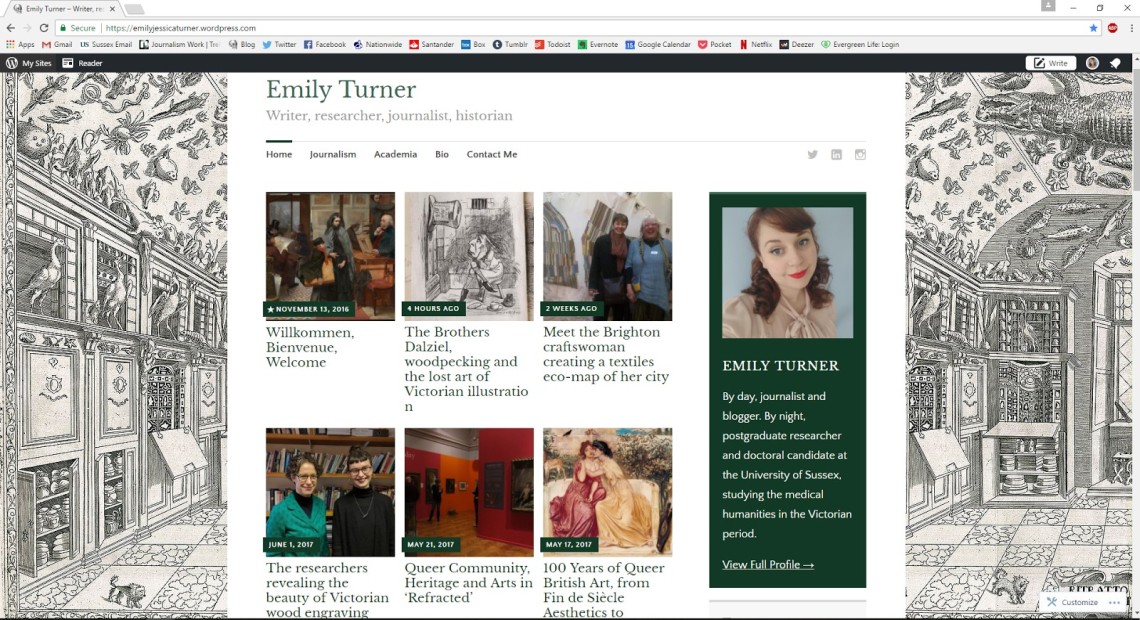 [Image: My website, which I use to communicate ideas about nineteenth century media and interact with others with similar interests]

As an avid Twitter user (@emilyjessturner) with a particular interest in public communication of the humanities, I helped operate the Medicine & Mystery Study Day Twitter account, which can be seen here. I also wrote a panel review for the Victorian Popular Fiction Association‘s blog. I am enthusiastic about such social networking, as it enables a diverse demographic to learn more about the nineteenth century literature discourse.

Public talks outside of University spaces encourage a new and varied demographic to learn more about previously unknown topics. For example, I recently assisted with Flying off the Page, interviewing participants and collating impact data. 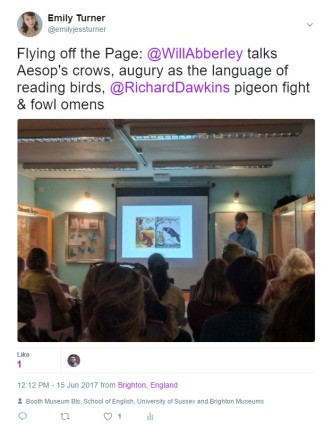 [Image: A diverse range of visitors came to experience this talk, many of whom had no academic connection.]

I am committed to facilitating such public outreach projects on both an organisational basis, and as an event speaker, because it enables members of communities from outside academic circles to learn more about a subject they might have an interest in. To this end, I am set to give talks on Victorian literature at The Keep and the Russell Cotes. Such events bring texts to a wider public, beyond academia, connecting with those who might not have previous knowledge or experience. Interdisciplinary groups/talks also enable those from other disciplines to gain knowledge of nineteenth century literature.

Encouraging people to take part in community projects, producing creative work or volunteering as researchers, also enables those who have not been trained to connect with texts from the long nineteenth century to experience the works.

Community events such as the Dalziel project bring the Victorian literary world to young people through workshops. Like the Dalziel project, the Graylingwell Heritage Project (a community project on which I worked to encourage local people to engage with the art and literature produced at a nineteenth century Sussex asylum) enabled those who came along to the free events to explore equipment and techniques.

[Image: This photograph shows part of a large art installation produced by the creative volunteers from the Graylingwell Heritage Project. The artwork took inspiration from the visual and literary culture of Graylingwell Hospital. This team was mostly comprised of outsider artists, service users and other local creatives.]

As a director of Creative Histories and its related ongoing project, Folklore Film Festival, which aims to bring little-known literature and cinema to a wider audience, I have seen how social media and community events are key tools in enabling people to learn about texts, in a friendly, accessible and enjoyable way.

[Image: National newspapers can help bring the discourse around nineteenth century media to a wider audience. The above article on Victorian material culture, which I recently wrote for iNews, can be read here.]

I have also found that local and national newspapers have enabled me to communicate ideas about the nineteenth century and its literature. To this end, I produce copy for the heritage pages for a number of Sussex titles and for iNews. This enables nineteenth century texts and the discourses around their study to be promoted to a wider demographic. 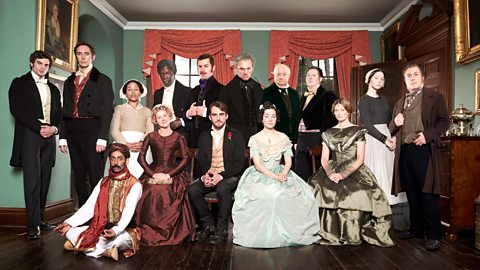 [Images: Death Comes to Pemberley, a 2011 novel by P.D James which was adapted into a BBC television drama in 2013, is inspired by Jane Austen’s Pride and Prejudice.]

Modern authors are also creating new adaptations of classic books, enabling new readers to reconnect or experience for the first time works from the (perhaps intimidating) “canon” of classics. 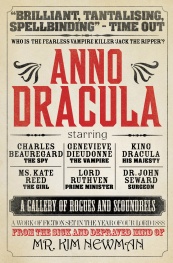 [Image: Pride and Prejudice and Zombies, Anno Dracula, and Penny Dreadful are all examples of postmodern texts which bring contemporary themes to classic works.]

Retellings or reimaginings of classic texts are rife in postmodern culture, many of which introduce modern narrative elements to nineteenth century texts.

[Image: Carmilla, a webseries which began airing in 2014, features queer and non-binary characters who reflect their literary counterparts in Joseph Sheridan Le Fanu’s 1872 vampire story. More information about this can be found in this blog.]
Some of these examples, such as the Carmilla webseries or Lady Macbeth, encompass the experiences of LGBTQ+ people and people of colour, and enable traditionally marginalised people to experience these texts.