I grew up in a town called Waterlooville. Like many people in their mid-twenties, I have not yet made it out alive – although I couldn’t exactly argue that this is case unique to my generation. It’s a quiet town with little history and (arguably) less character, but that doesn’t mean we don’t have our own fair share of spectres who are tied to this location, still haunting the town’s roads and houses.

For this Halloween, I thought I’d talk about a few of our best known ‘remaining wraiths’, those souls whose afterlives are tied to this town. (I’ll leave the eternal damnation comments aside.)

1 – The Haunting of Hopfield House

Hopfield House is a Victorian Gothic style house on Maralyn Avenue, and it’s probably Waterlooville’s most famous haunted location. It was originally built on a hop field (hence the name) by an Edward Fawkes, who resented the idea of anyone living in this house other than his direct descendants. The legend goes that Fawkes’ malevolent spirit made life intolerable for occupiers of the house after the last of his family left, driving two occupants to commit suicide. Fawkes’ grandson had gone against his wishes, renting the building out to a couple with an (unfortunate) interest in Spiritualism. Other, later residents included a widower discovered dead in his bed with a look of horror on his face, and an army officer found with his own Indian dagger plunged into his back.

This stretch of road is home to our very own ghostly hitch hiker. Apparently, several drivers have picked up a young lady from this street, only for her to vanish before reaching her destination. Other versions of the story involve terrified drivers seeing the girl standing in the lane in front of ongoing traffic. Yet another tale tells of a couple of workmen stopping to pick up a young woman caught on the side of the road in the pouring rain, but deciding against stopping for her after noticing that she was bone dry and what they were witnessing wasn’t quite right. It’s thought that the spectral hitch hiker is the ghost of a young woman killed in a hit and run accident while walking home to Waterlooville from Leigh Park in 1976. 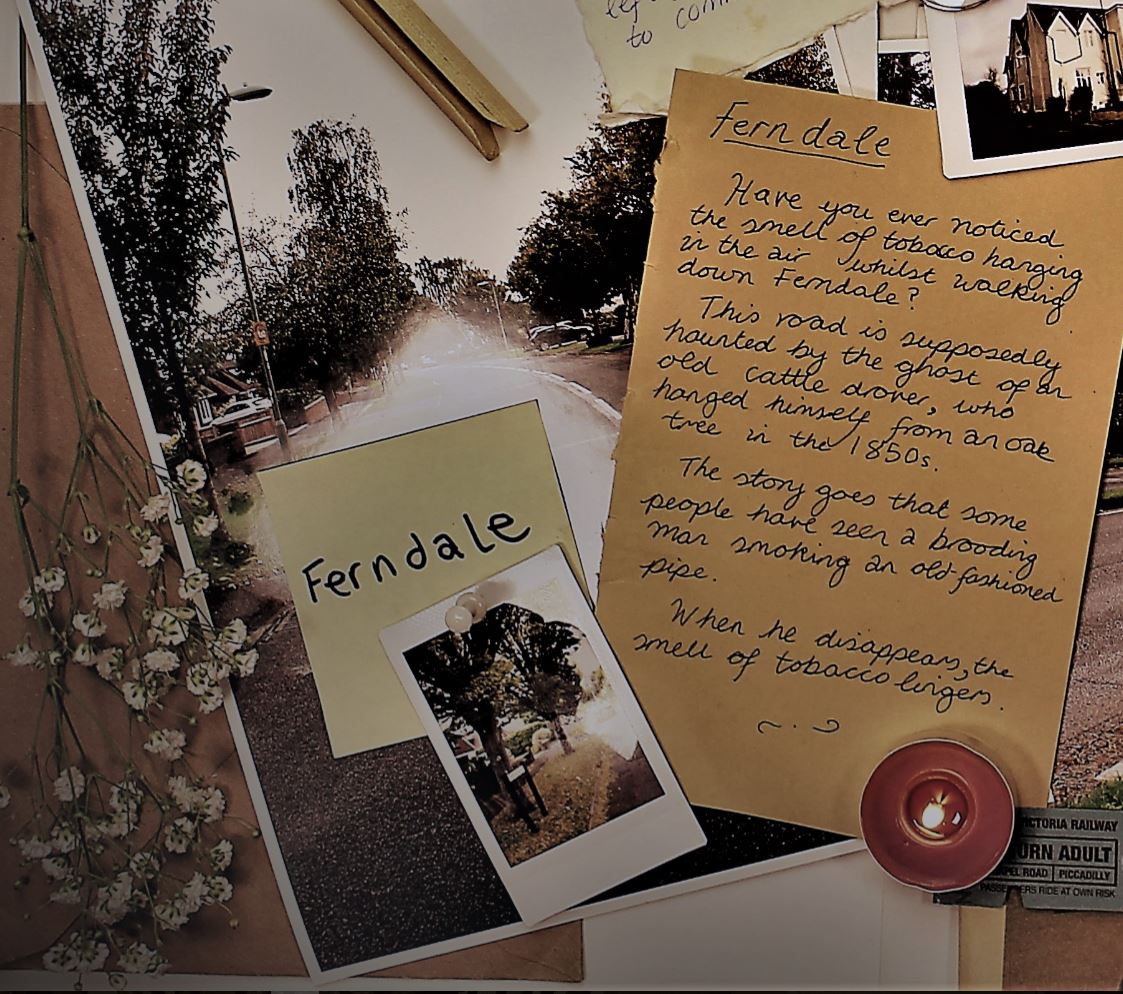 Have you ever noticed the smell of tobacco hanging in the air whilst walking down Ferndale? This road is supposedly haunted by the ghost of an old cattle driver, who hanged himself from an oak tree in the 1850s. The story goes that some people have seen a brooding man smoking an old-fashioned pipe. When he disappears, the smell of tobacco lingers.