Despite Southern Rail’s best attempts, I made it into Brighton today to visit the Drawing Circus’s The Sleep of Reason event, which was held at The Old Market.

A theatrical drawing event, The Sleep of Reason was populated by a troupe of models who provided a series of still tableaus. The Drawchestra performed live music while artists of all abilities took up pen, pencil, or charcoal to capture inspiration from the muse of nature, as fused with the aesthetic tradition of Commedia dell’arte.

As if a circus had pitched its three-ring tent over the dead roots of Shakespeare’s Athenian woods, only for ancient and forgotten forest to return to life – rising, flourishing, merging with the big top’s cloth walls and painted wooden sets and backstage fool’s gold finery. Crooked trees twisting above the diamond harlequin walls,  redcurrant branches entwining with the primary colour fairy lights, ivy warping its tendrils into the curls of the vaudeville-sprites.

Adult life has rather soured my relationship with making art, but I’m trying to reacquaint myself with the concept of l’art pour l’art. Here are some of the sketches I made while visiting the Bear’s Bower, sneaking backstage to the Showgirl’s Dressing Room, or making a devotion in the Nymph’s Forest. 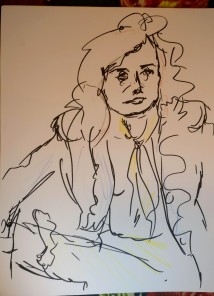 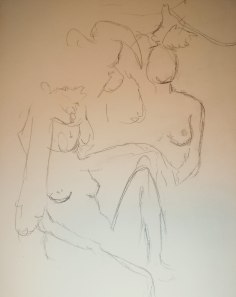 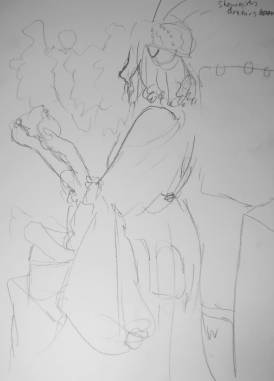 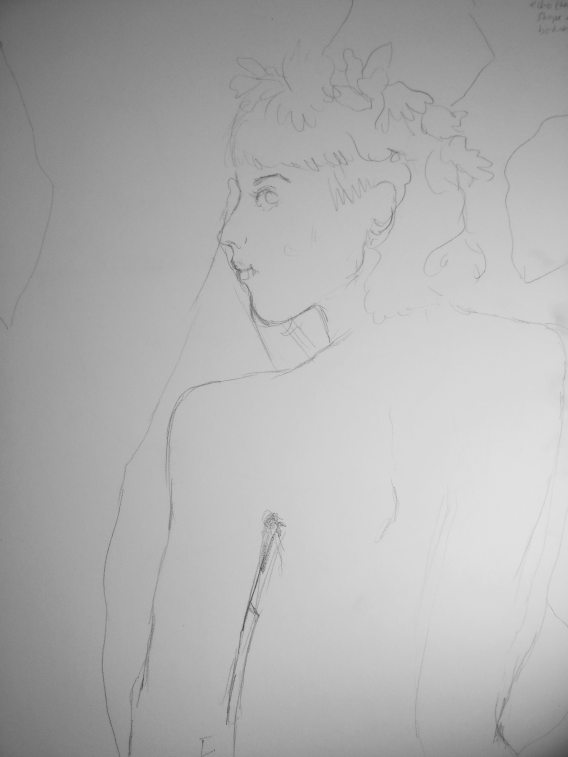 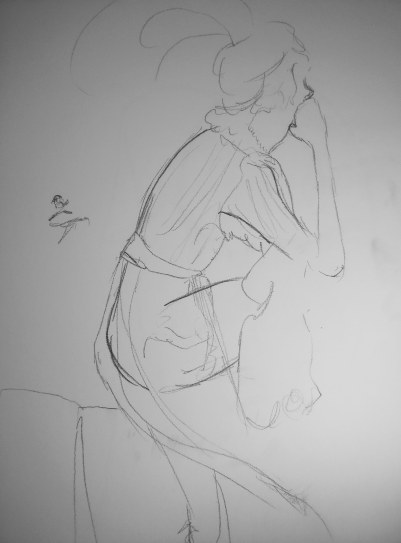 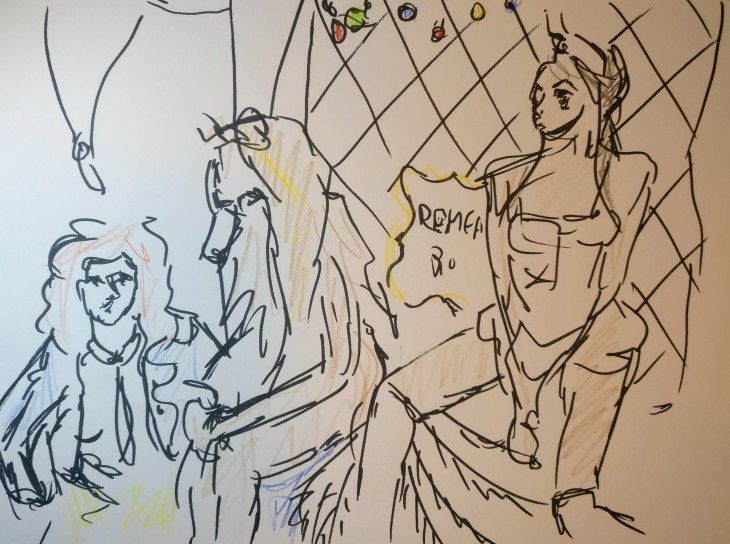